Happy New Year! How’s your year going so far? Those who’ve followed my blog for a while know that I don’t do New Year’s resolutions, but I do have ongoing writing goals and household projects that manage to get done, more or less.

I’m reluctant to project the completion of any writing projects in 2019, due to my mother’s serious health issues, but I am turning a new page and trying to focus on all the positive things coming up in 2019.

My daughter’s wedding in September will be one. A vacation in Mexico in a few days is another, and then there will be the completion of my daughter and son-in-law’s newly built house. Can’t wait for all of that!

I’ll write every day this year, as I have in previous years, and monitor my mom’s situation and that of my nineteen-and-a-half-year-old cat, who appears to be in his final year as well.

Needless to say, 2019 will be full of ups and downs and I’m mentally preparing as best I can. These past 2-1/2 months of day-job leave have been extremely helpful to tend to family needs and responsibilities. I have one month left before returning to the daily grind. We’ll see how it goes. No matter what, I’ll learn a lot this year, try to do what I can for others, and hopefully a year from now won’t have too many regrets.

I wish all of you a happy, peaceful, prosperous, and creative new year. We’ll do our best, right? What more can we ask of ourselves. 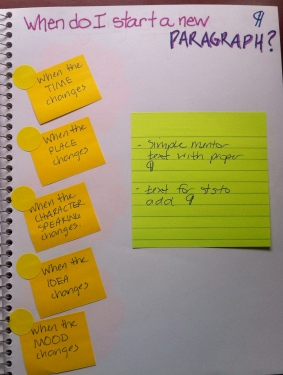 A few weeks ago, I was contacted by a teacher at a local high school and asked if I would give a presentation to a group of students who love writing. I jumped at the opportunity because I strongly believe in encouraging young writers.

After the initial invitation, it turns out that I will now be giving four workshops for an entire day, which is evening more thrilling. As I prepare my notes, though, I find myself asking a key question. What should I tell them?

With over 35 years of writing and publishing experience, plenty of ups and downs, and a pretty good grasp of the challenges facing new writers, it would be far too easy to lapse into the disappointments and horror stories that many writers have endured. On the other hand, I don’t want to mislead the students into thinking that it’s all wonderful and profitable. Somehow, I’ve got to find the middle ground. The obvious strategy is to be candid and as positive as I can, but also realistic.

For the most part, I’ll be focusing on the nuts and bolts of writing and editing. Two groups will be spent discussing character development. The other two will concentrate on plotting, point of view, dialogue, themes, tense, and so forth.

At my request, I was sent a list of questions that the students have compiled, which includes getting published and making money, as well as dealing with writers’ block, making time to write, inspiration, and career choices. I hope I can give a well-rounded viewpoint in what is often a crazy frustrating business. But really, the day is all about writing and learning to express ourselves in the most meaningful way possible for each individual. Maybe I should lead with that.

I love my writing life. It’s given me great satisfaction over the years and a little bit of income, so I can’t complain. But there are days when things don’t go quite as smoothly as planned, especially on the domestic front.

Sometimes I’m a battle with my kitchen. I can’t tell you how many times the chili I’ve made winds up burned at the bottom of the pot because I was too engrossed in editing to remember to stir it. On occasion, I’ve forgotten to take something out of the freezer for thawing. I also tend to stick to the same ten recipes because I don’t want to take the time to search for new ones. Now that I’m on a leave of absence from the day job, I have been trying new dishes, though.

My nineteen-and-a-half-year-old cat likes to be near me when he’s not sleeping, which is a lot. Whenever I’m at the computer, he plunks himself in my lap and proceeds to drool over my hand and the keyboard. I keep a box of tissues nearby. There’s no point in yelling at him. He’s mostly deaf and lifelong habits are hard for him to break, so I gently put him down on the floor off he goes to find another place to sleep.

The cat is not the only daily interruption. I’ve always kept an open door policy for my family when writing (the kids are grown and don’t live at home anymore), but sometimes interruptions occur while I’m trying to sort out a difficult plotting problem. I’ve been known to give hubby a blank stare when he asks what’s for dinner, not because I don’t know the answer (although sometimes I don’t) but because I’m trying to pull my thoughts out of whatever scene I was working through.

My husband (an accountant) earns a lot more money from his job than I do from writing. When he does my taxes every year, I get a lot of chuckling about my “cute” bookkeeping system and an annoying amount of snickering about my income. But overall, these are minor glitches.

The larger ones include the occasional lousy book review, agents who take years to fail to sell my book, publishers who either dropped me or folded, and tiny royalty checks.

Still, these things are part of every writer’s life. You know as well as I do that every job and career choice has them. But for me, the pros outweigh the cons and glitches notwithstanding, I can’t wait to see what happens next.

I was raised in Surrey, British Columbia, Canada. Back then Surrey was both rural and a rapidly growing urban area for young families. In those days, one salary could support a family in a modest, detached house.

Fifty years later, Vancouver is now one of the most expensive cities in the country. The average Canadian is nearly $22,000 in debt, which doesn’t include a mortgage. The living wage in Vancouver is now set at $20.64 an hour. It’s barely enough for one person to survive on, let alone a family.

You can therefore imagine how difficult it is for a writer to survive financially. Truth is, (and this shouldn’t surprise you) that the overwhelming majority of Canadian fiction authors earn far below a poverty wage.

So I gasped when my husband ran into an associate who told him that his 22-year-old child is at university studying to become a writer. His impression was that he wanted to write books for a living, although my husband wasn’t entirely sure about it.

While I’m happy that the younger generation is interested in writing, to think that one can earn a living from fiction at that age is wildly improbable. If I had a chance to talk with this young person, I’d say, “Go ahead and pursue your dream, but get a steady job while doing so..at least until you’ve attended useful writing conferences, networked with authors in the biz, and have some publication credits under your belt.”

I hope he’s doing these things. But I worry. You see, when I’m selling my books at craft fairs, a disturbingly large number of customers assume that I’m making piles of money. Unpublished writers seem shocked that my former publisher only granted me ten free copies of each newly released title, as per our contract. If I wanted more, I had to pay for them, albeit at a discount.

I’ve also encountered writers on forums who appear to be counting on writing income to support meager pensions. Yikes! To all fiction writers out there, have a Plan  B and a Plan C!. Life is stressful enough without putting that kind of financial pressure on yourself. 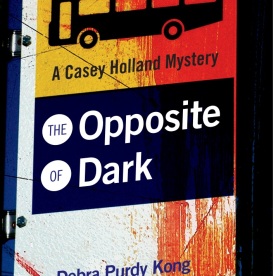 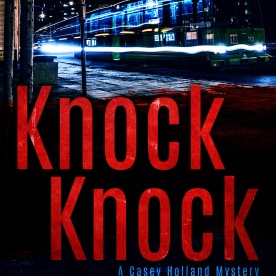